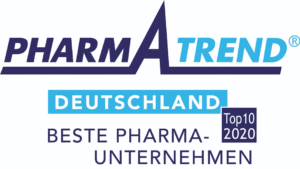 Novo Nordisk is ranked 8th in the multidisciplinary ranking “Best Pharmaceutical Companies in Germany” 2020 in the category “Research-based, world-leading pharmaceutical companies in terms of sales”. In the Pharma Trend, Novo Nordisk was honored for innovation for the last time in 2014 with Tresiba® (long-acting basic insulin), which received the “Most Innovative Product” award from diabetologists in the Rx category.

Novo Nordisk, headquartered in Bagsvaerd/Copenhagen, is one of the world’s leading companies in the field of diabetes and metabolic diseases. In 1985, for example, the Danes launched the first insulin pen on the market. In addition to insulins, diabetes and obesity drugs, Novo Nordisk researches and produces hormones and blood coagulation drugs. Group sales in 2019 amounted to approx. EUR 16 billion, of which approx. 84% was in the field of diabetes. Half of sales went to North America, 19% to Europe and 11% to China. Almost 12% of sales were invested in research and development. The Phase I diabetes studies are mainly conducted at the German headquarters in Mainz with its approximately 470 employees. Novo Nordisk employs around 42,700 people in 80 countries worldwide.

In addition to insulins, the main sales drivers are the injectable GLP1 agonists liraglutide (Victoza®) and semaglutide (Ozempic®) for diabetes and obesity. Novo Nordisk has developed the first tablet with such a GLP1 agonist: Rybelsus® (oral semaglutide) for the treatment of type 2 diabetes in adults, which is already available in the USA and Canada, Sweden, Denmark and Switzerland. Further applications of the tablet (including obesity, combination with insulin), new insulins with an extremely long duration of action (weekly), and beta cell therapies for type 1 diabetes are in the pipeline.

The company claims to consider social and ecological aspects in addition to economic ones in all decisions (principle of the “triple bottom line”). Novo Nordisk’s main shareholder is the non-profit Novo-Nordisk Foundation. Other Novo Nordisk foundations are established to improve access to diabetes and haemophilia treatment in developing countries.

Tresiba®: the most innovative product for diabetologists

In Pharma Trend, Novo Nordisk has long been one of the most sustainable and innovative pharmaceutical companies in Germany among diabetologists. The last time the research-based company received the “Most Innovative Product” award was in 2014 for its long-acting basic insulin Tresiba®. The decisive factors for the diabetologists to give the award were its therapeutic properties (83%), improved efficacy (44%) and the extension of therapy (28%).

Multiple awards for Novo Nordisk for innovation and sustainability

Novo Nordisk has received the award “The Golden Tablet” for innovation and sustainability several times since the start of the benchmark study Pharma Trend in 2000, for the first time in 2004. Four more Golden Tablets followed. In the Rx category, Novo Nordisk received the “Most Innovative Product” award in 2004 for Levemir®, 2011 for Victoza® and 2014 for Tresiba®. 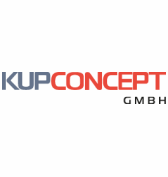 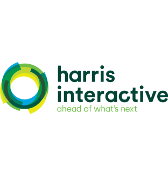 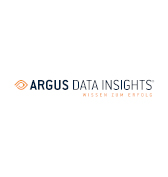